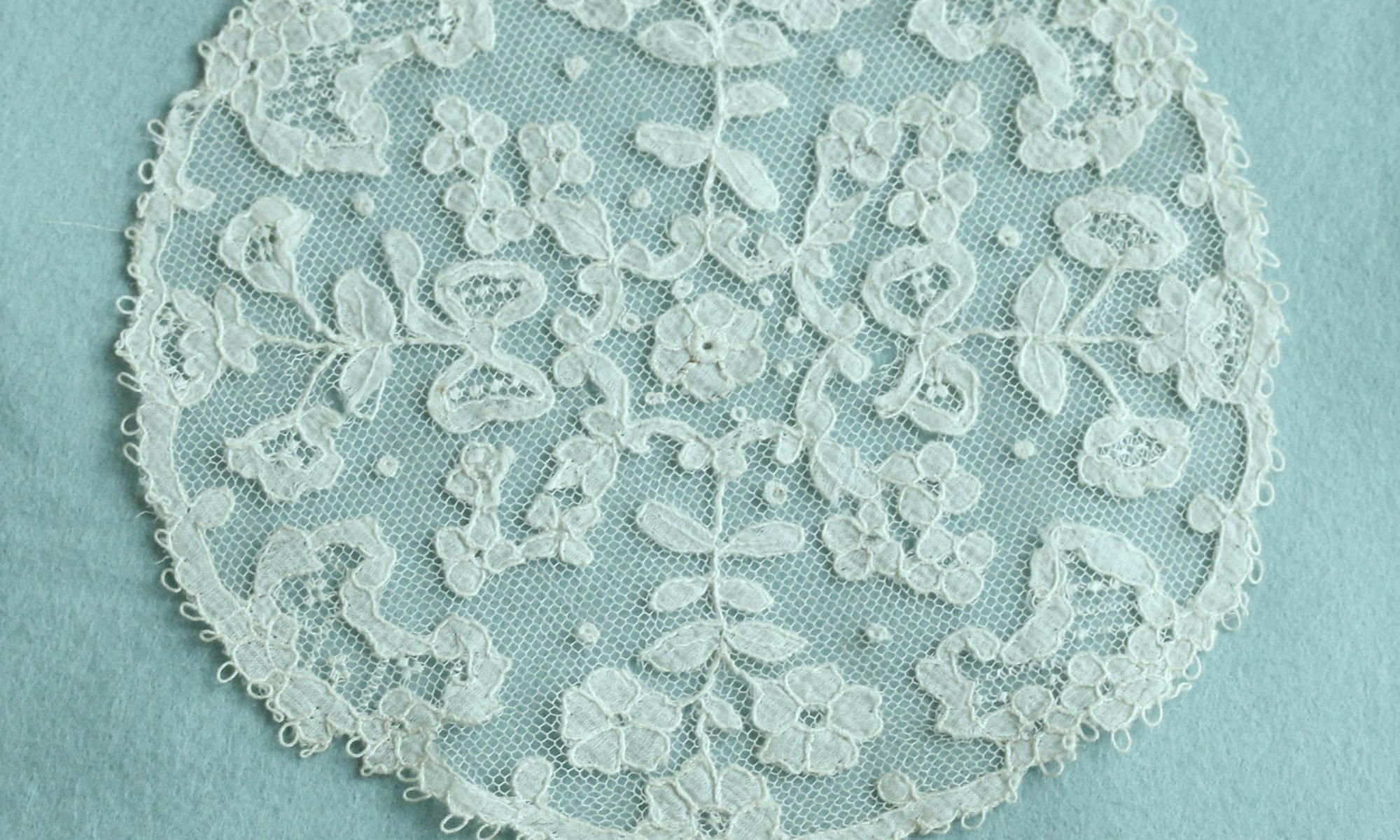 The village of Culloville in South Armagh was once known as the early seat of Carrickmacross Lace.  Lace-making was first introduced to the area around Culloville by Miss Reed, the sister of the local landlord, in the early 1830s.  She is reported to have been horrified at the dire living conditions of the local women and saw lacemaking as a way of providing an alternative viable income.   It proved to be such a success that she built a school on the outskirts of the village.  This building remains standing today and is believed to be the first purpose built lace school in Ireland.  Miss Reed is a pivotal figure in the development and success of Carrickmacross Lace as she is to be credited with taking a hobby and transforming it into a successful commercial enterprise.  She has provided a lasting legacy to this part of South Armagh because at the peak of production there was an estimated 600-800 lace-makers in the Culloville/Crossmaglen area alone.